We’ve had a great outing on Play Store over the last few weeks – starting from hitting the 500,000 download mark for Signeasy for Android (there’s a brand new badge on our Play Store page that we’re mighty proud of). And then, we just raced towards another Play Store milestone – we got featured over a hundred countries, a clear indicator that Signeasy and electronic signatures are fast finding adoption worldwide. 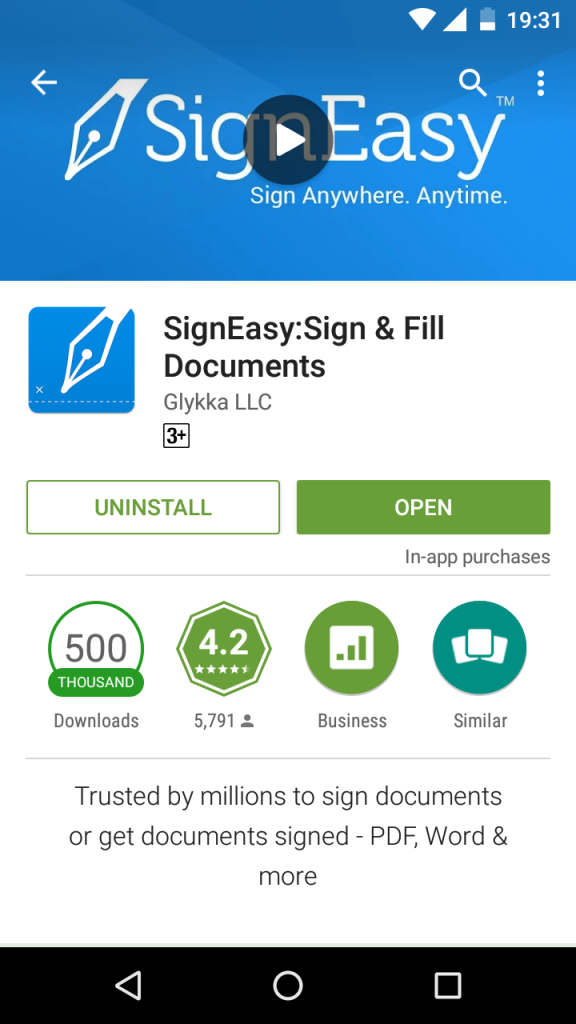 The journey to the 500K milestone has seen the love pouring in from across 150+ countries right from the US to Israel to Thailand. That, and getting featured on Play Store across a hundred countries in April, just goes to show that we’ve made great strides since we launched Signeasy on the Google Play Store in 2011.

Our big leap forward was last December, when we released our redesigned application with a sleek redesign and an advanced fingerprint-based security feature using Nexus Imprint. The redesign also included a better user experience on Android tablets.

And the results are plain to see. Signeasy was featured on Play Store in December and then again in January on the Play Store homepage. This latest feature across 100 countries, along with the outpouring of user love in the form of a 4.2 rating and half-a-million downloads, feels like the icing on the cake – with the cherry on top! 🙂

Read how we re-engineered Signeasy for Android & got featured by Google on Play Store.

Have you tried Signeasy yet? Check it out here.