Update: We are excited to share that we have been recently featured on Google Play Store, right on the home screen! This is how it looks: 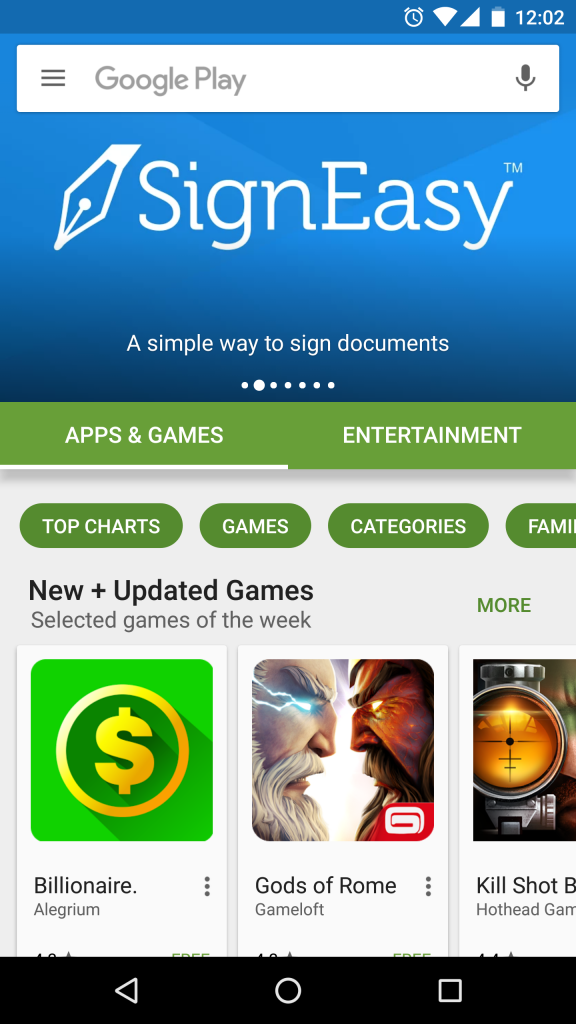 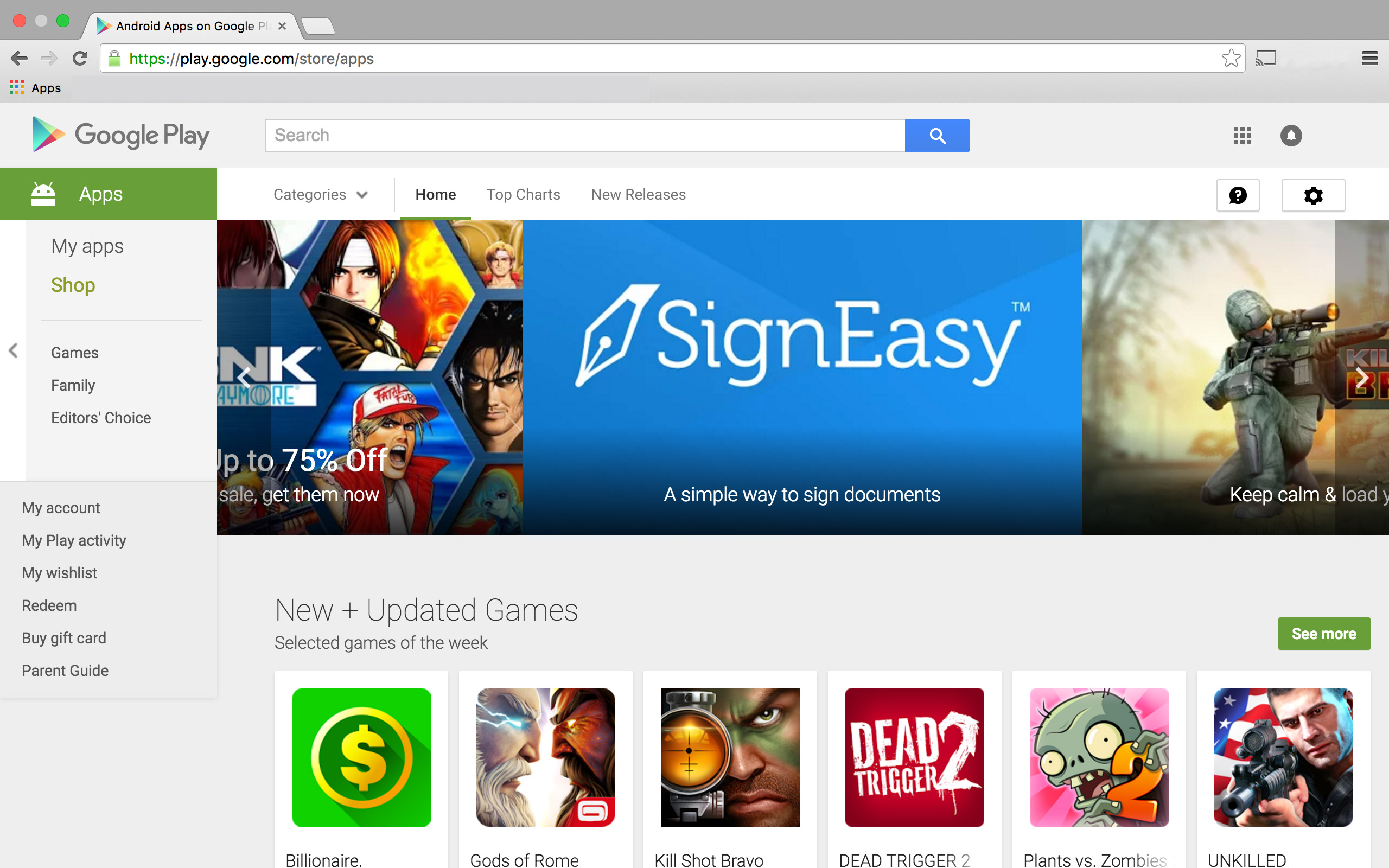 This is close on the heels of SignEasy being featured by Google under its New + Updated Apps section of Play Store in the last week of December 2015.

Scroll down for the story.

Kickstarting 2016 with a big news! SignEasy is thrilled to be featured by Google under its New and Updated Apps section of Play Store. 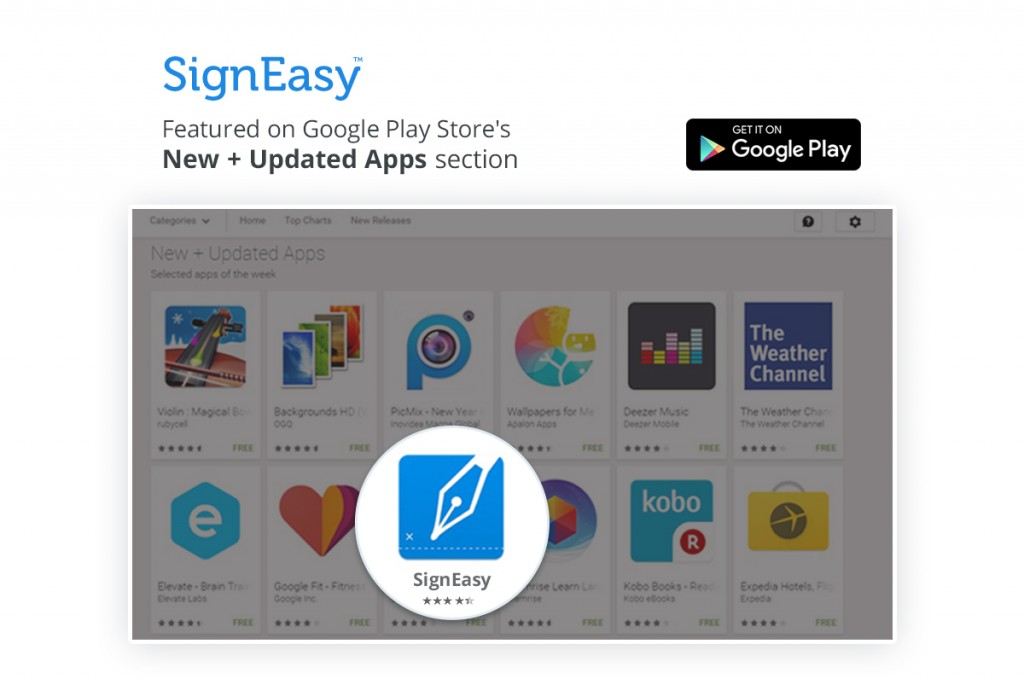 In December 2015, we released a revamped version of SignEasy for Android. A powerful Android M ready experience, this release was packed with exciting features that made importing, signing and organizing documents extremely smooth on all kinds of Android smartphones and tablets. Added to this was the advanced security feature of biometric authentication through Nexus Imprint.

Amid all the customer love and the 4.2 star rating that we received on Play Store, Google featured us under the New + Updated Apps section of Play Store! We are excited and raring to go for more such milestones !

If you have not yet tried SignEasy for Android, check it out here