Engineering Speaks: How we re-engineered SignEasy for Android (and got featured by Google)

How do I get my app featured on Google Play Store?

It’s that one question every Android developer would have Googled (and not found an answer to).

At SignEasy, while the whole team rejoiced over the accolades that Apple generously bestowed upon us time and again, there was always a sense of longing for the Google Play Store feature.

How to get that ultimate recognition for our app, that seal of approval by Google itself, was a question that kept us awake many a nights, until this happened.

23rd December 2015:  SignEasy added this long eluding feather in her cap and was featured in the ‘New and Updated apps’ category of the Play Store. And not long after, one fine morning, we woke up to the cherry on this delicious cake that we were still relishing. SignEasy was featured by Google Play Store on its home-screen.

So how did we do this? How did we get noticed by Google in the sea of over 1.6 million apps? It’s finally time to let the cat out of the bag.

Follow these three steps to get featured on the Play Store:

I wish I had a list of steps for you to follow to get your app noticed by the Editorial team at Google Play, but there just isn’t anything set in stone.

We at SignEasy realized that to get noticed by Google there is only one thing that we can do. Incidentally, that is something that we have been striving for since day one – building and offering the best possible experience to our users.

So, in July 2015 the Android team at SignEasy buckled down and got to work. A complete redesign of the Android app was in the offing. Here are a few things we focused on.

Where do you begin? How do you take an app that is loved by hundreds of thousands of users and redesign it, while ensuring your users fall even more in love with it?

It’s nerve-racking, I tell you. What you keep thinking all the time is whether the iterations can take the user experience to the next level or not. The easiest way to make sure your Android users love you even more, is by going back to the basics – by Material-ing up.

In the summer of 2014, Google announced a new design language called Material Design, a set of guidelines for Android apps to live by. While it’s not mandatory for app developers to follow these design principles, we at SignEasy figured, why not?

Android users on Android OS 5.0 and above (which are an estimated 300 million users as of September 2015) have become accustomed to the aesthetics of it and we wanted to ensure that our users have the simplest experience with SignEasy.

On the technical front, migrating your Holo themed app to Material requires a significant effort, but Google has made it easier with the release of their Design Support library. With this you can now integrate many Material views into your app including the Navigation view, the Toolbar that has replaced the age-old ActionBar, the CoordinatorLayout to assist many of the animations you see on Lollipop devices, the iconic Floating Action Button (FAB) and many more.

The support library is frequently updated by Google, including more views and improving the performance of views with every release. The beauty of Android is also the number of developers who build their own version of anything Android. And there are a number of libraries written by fellow developers that you can use to achieve the smaller things that are not yet supported by the design library.

While following the design guidelines is a big boost, it can only take you this far. Google really cares about whether app developers are making full use of the capabilities offered by the Android platform, as they rightly should.

As an ardent user of Nexus devices and hence the ‘pure Android’ experience they come with, I am often amazed by what the platform has to offer. With the release of Android Marshmallow, Google released a slew of features for app developers to leverage, to give their users a better experience.

This includes exposing a fingerprint API for Nexus devices dubbed as ‘Nexus Imprint’, runtime permissions to give more context to the users as to why your app is asking them for certain permissions, Now on Tap for contextual search and many more.

As an app developer, you should always be on the lookout for new technologies Google releases. Integrating the ones that make sense for your app can greatly improve your chances of being noticed by Google and the media alike.

SignEasy was one of the first few apps to integrate Nexus Imprint, and this led to us being mentioned in a number of tech blogs, including the renowned Android Central. 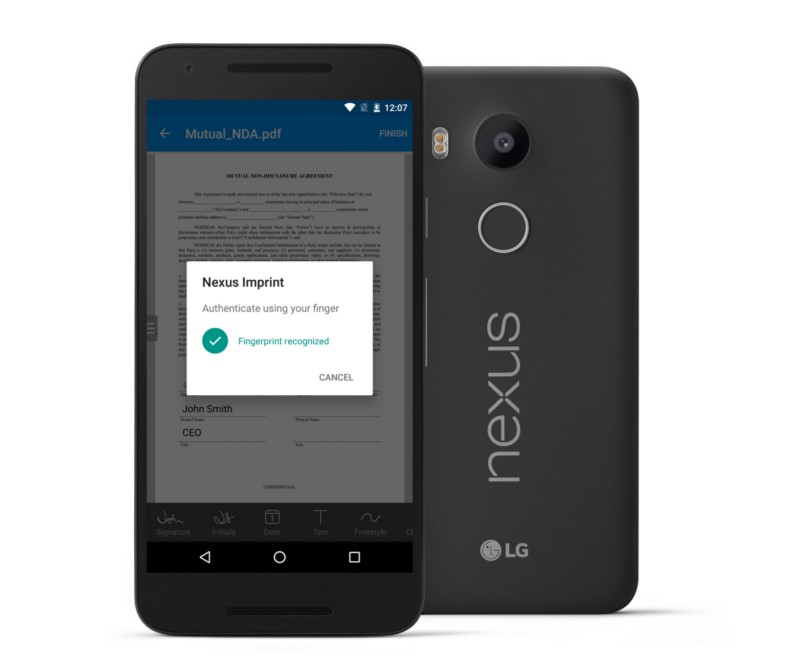 There are a number of sources you can refer to, to learn how to integrate with these technologies. Some of our favourites are the Google Developers and Android Developers channels on YouTube, and the trusty official Android documentation.

This seems like an obvious one but is something app developers often take for granted. They assume that their existing app will run just fine on the latest Android platform because, Android takes pride in being backward-compatible right? Wrong.

Well, yes Android has always been backward compatible and the support libraries help your app run all the way back to Gingerbread, if not older. But you’ve got to test.

Let me narrate an incident, which taught us the importance of doing this.

While we were hard at work revamping our Android app, Google released Android Marshmallow and the latest Nexus devices. As excited as we were about this, we assumed our existing app will run just fine on Marshmallow devices.

However, Marshmallow introduced something called run-time permissions. While your app doesn’t have to include this, this also gives the user the ability to revoke a sensitive permission from an app’s info screen. Sneaky sneaky.

Now, if a user turned a permission the app required off and we tried to access it without first checking if we had that permission, the app would crash. Luckily, we have an all-star QA team and they quickly found this bug before any of our users were affected.

We learnt a lesson here. Always, always ensure you are supporting the latest Android.

So there you go. After months of hard work, iterative changes to the design with continuous user testing, and by listening to our users for their valuable feedback we released SignEasy for Android v4.0 on 15th December 2015.

Our users loved it and we couldn’t have been prouder of the team’s effort.

So, coming back to the question of, how do you get your app featured on the Play Store? There’s only one thing you can do. Build the best app that you can possibly make. That’s the only golden rule, and all good things shall follow.

Want to experience what it feels like to e-sign from your mobile device? Try Here!

If your first love is this little green bot, here is some great news for you!

We are hiring kick-ass Android developers! Drop us a line at [email protected] or apply here.

Drag, Drop, Pick – Paperwork made simple with SignEasy for iOS 11
8 must-have sales solutions for SMBs
Spread the love
Sign up to receive updates from SignEasy Blog