Our first update to SignEasy for Android in 2017 is a happy something for Microsoft OneDrive users.

SignEasy for Android users have had the feature of integrating with cloud storage applications like Box, Dropbox, Evernote and Google Drive. This recent update adds OneDrive to the kitty as well, allowing users to link their Microsoft OneDrive account to their SignEasy account.

With this update, they will be able to easily import the OneDrive files into SignEasy for signing or sending them for signature. The users can later save the completed documents back into the OneDrive folder – seamlessly while being in the SignEasy app.
Here’s how to link the Microsoft OneDrive account with SignEasy account. 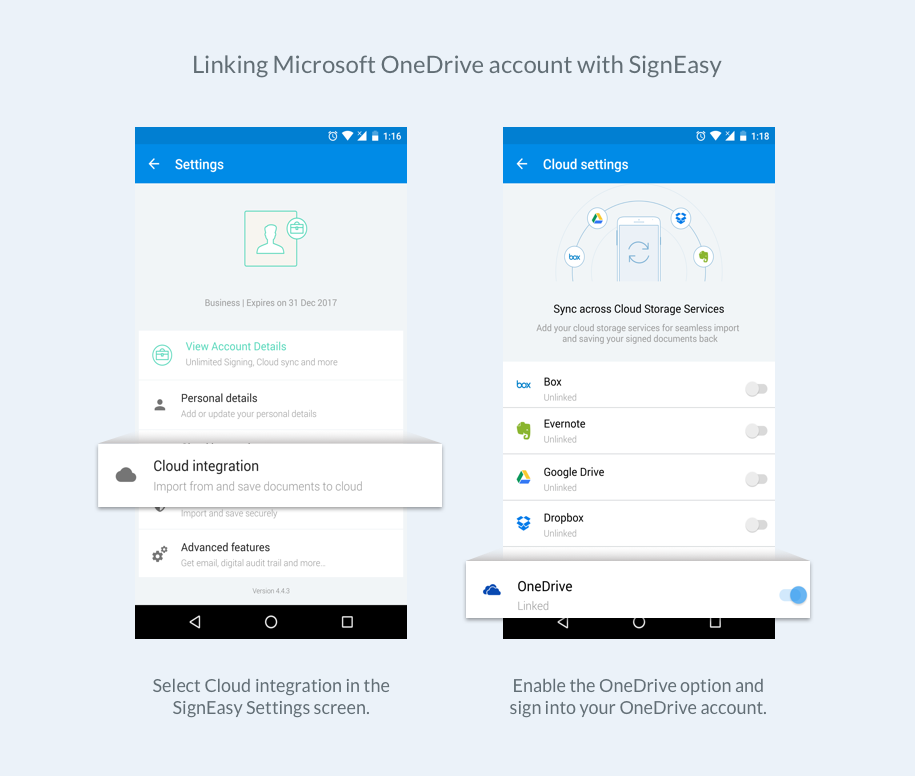 Once the accounts are linked, the user simply has to select OneDrive among the import options to sign or send a document for signature stored in their OneDrive account. 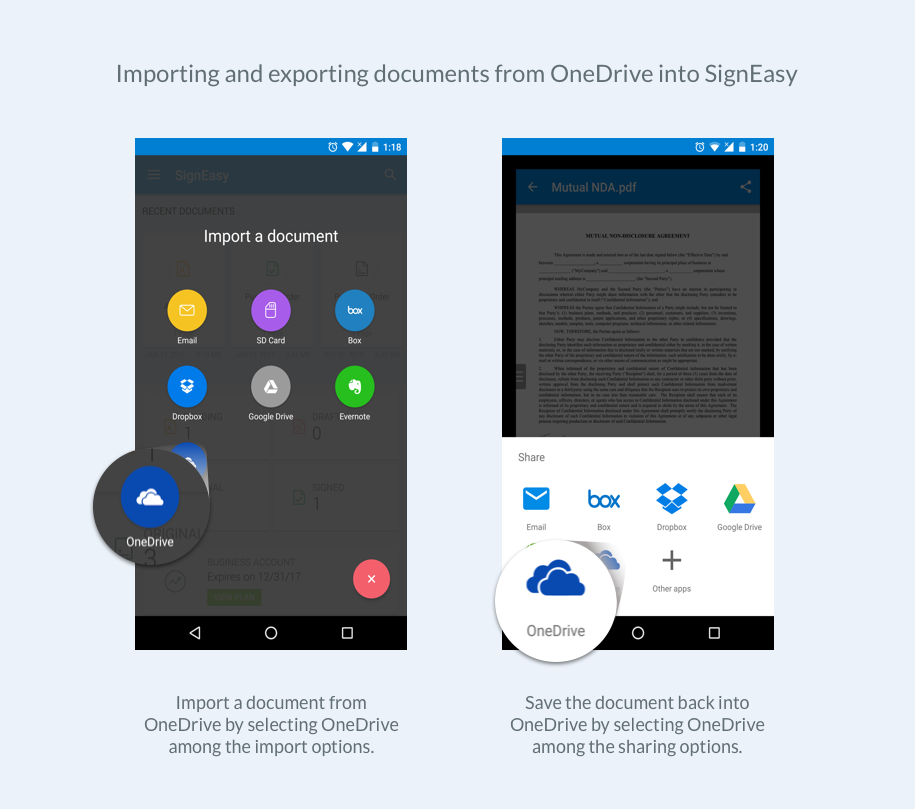 With this update, both iOS & Android users can now link their OneDrive account to their SignEasy account to seamlessly import and export documents. SignEasy for iOS has already had integration with Dropbox, Box, Google Drive and Evernote.

Get the latest update and give it a try. We’ll wait for your thoughts and feedback on hello@getsigneasy.com.

Apoorva Tyagi
Product Manager at SignEasy | Loves books, movies, and a steaming cup of coffee!
Made with