Half of January has rolled by and some of us at SignEasy are still referring to 2017 as “this year”. Last year was a pretty big one – whether it was at SignEasy or the world over. While we are excited about 2018 and all the promise it holds, we wanted to look back at the year that was. We thought it would be fun to map out SignEasy’s big moments against the events that happened over the world. Here is the result! 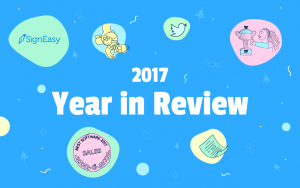 Let us start with the important stuff. Serena Williams is important.

But hey, so is the fact that SignEasy celebrated 7th birthday last year! We received another commendation from G2 Crowd when we were featured among their “Best of 2017” software – we took it as our very own birthday surprise!! 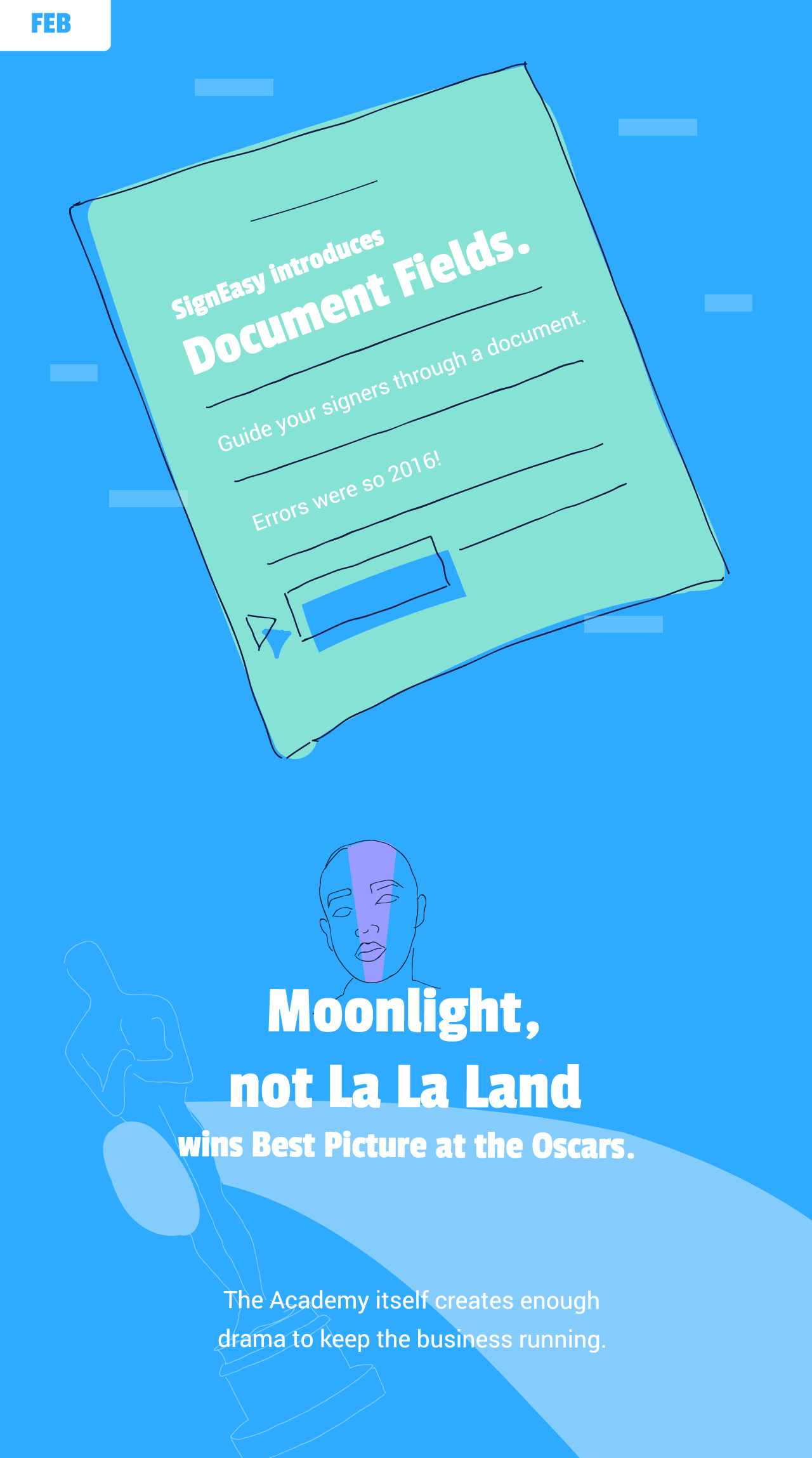 Document Fields was one of the important features we released last year and it was a big hit! With this nifty feature, customers can mark the places where signers need to place details such as their signatures, initials or the date. This meant no more endless back-and-forth due to errors or missing signatures! 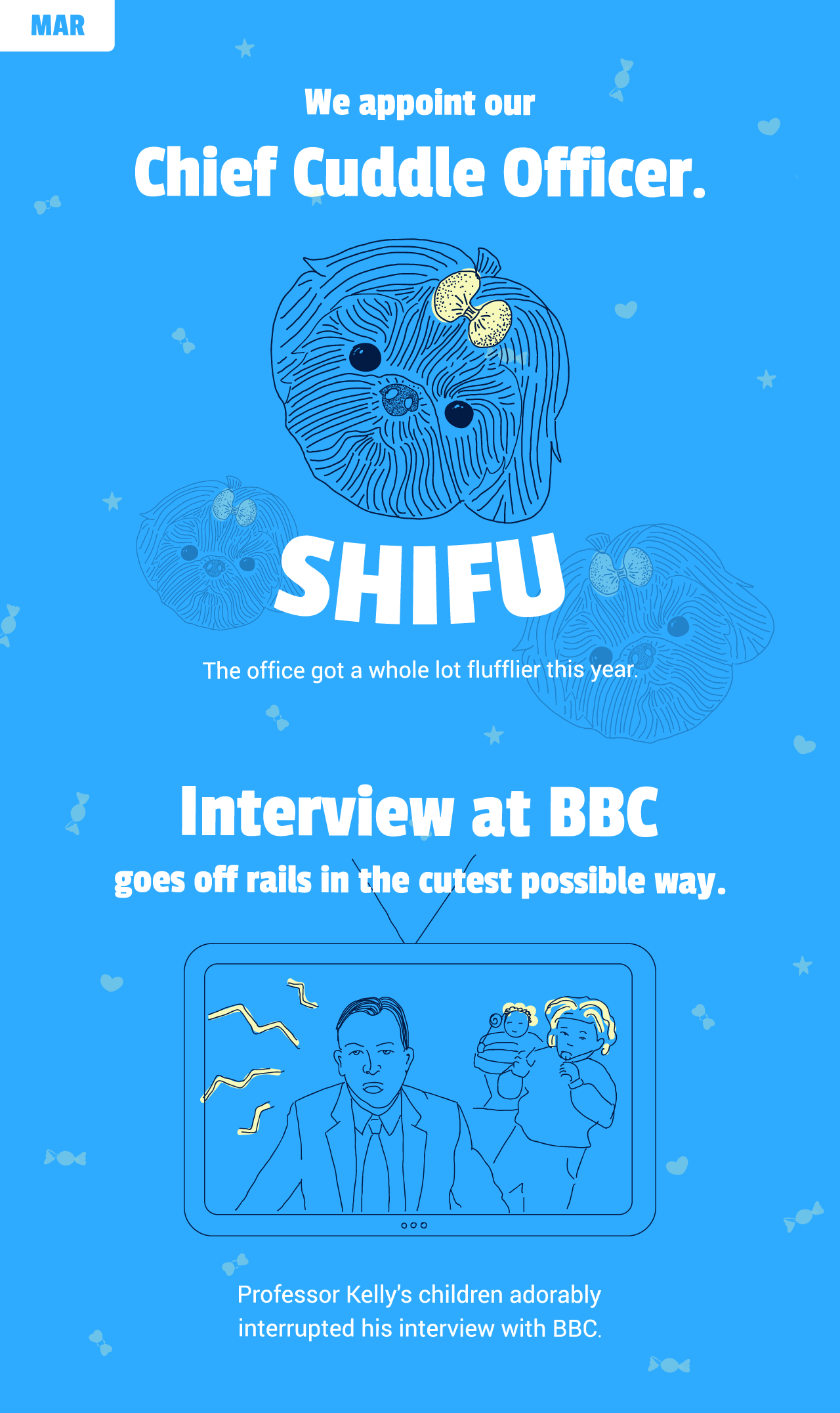 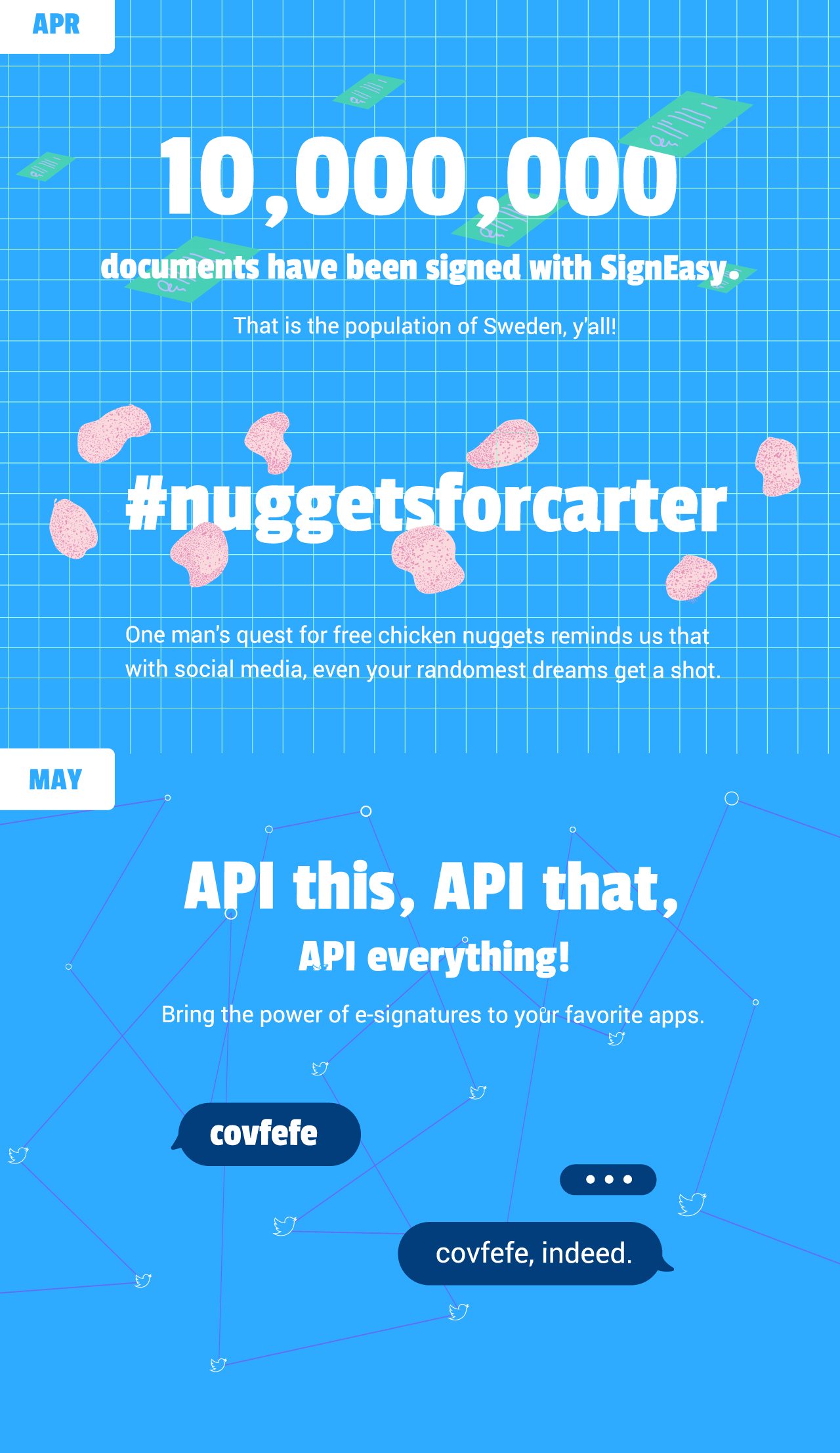 April was the month that marked a big milestone for SignEasy – over 10,000,000 documents signed with our app! Just to put that in context, the entire population of Sweden is 9.9 million! Oh and to celebrate that, we launched the SignEasy API! Developers can now bring the SignEasy experience into your favorite apps, seamlessly. Request access and see for yourself! 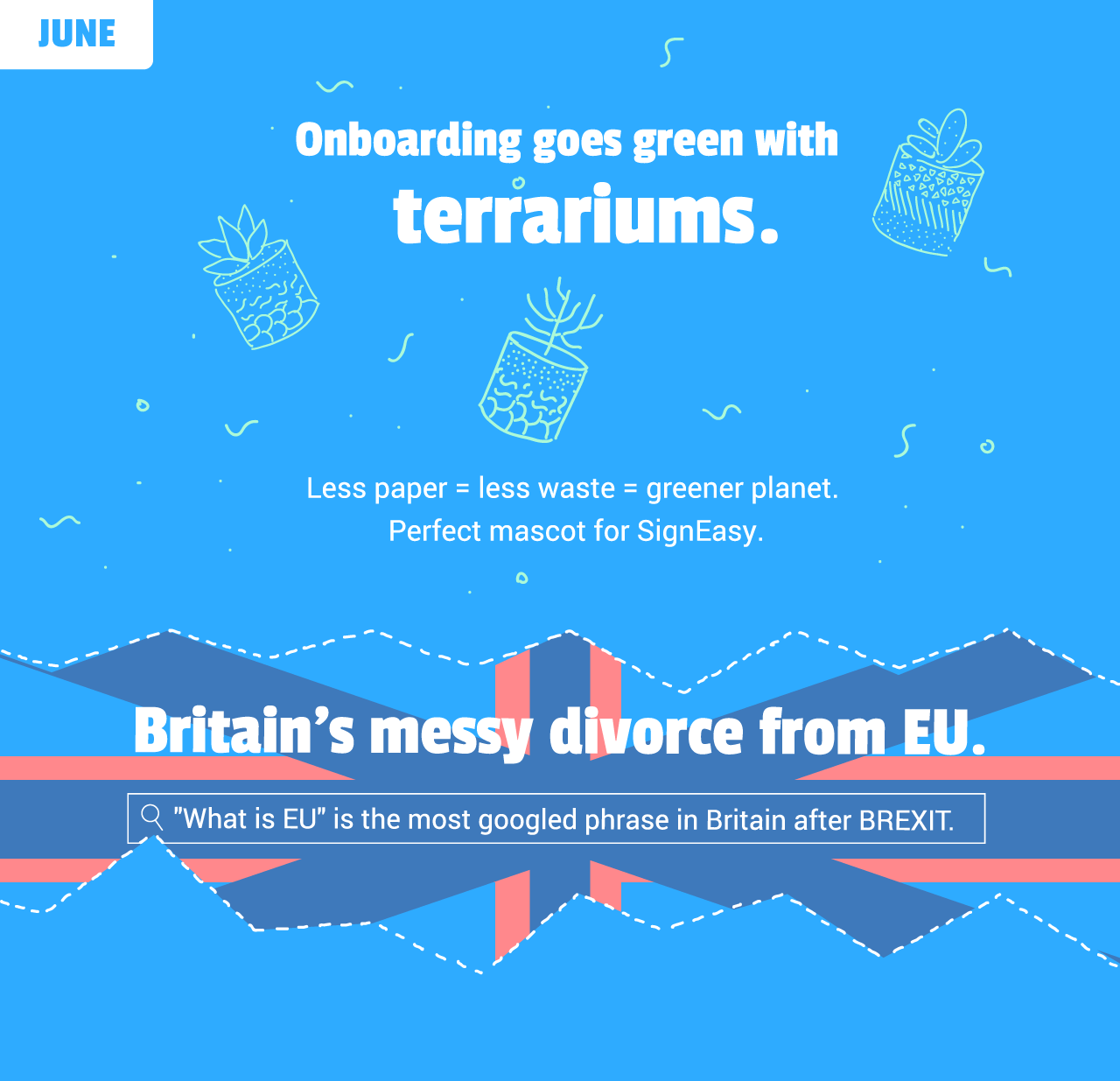 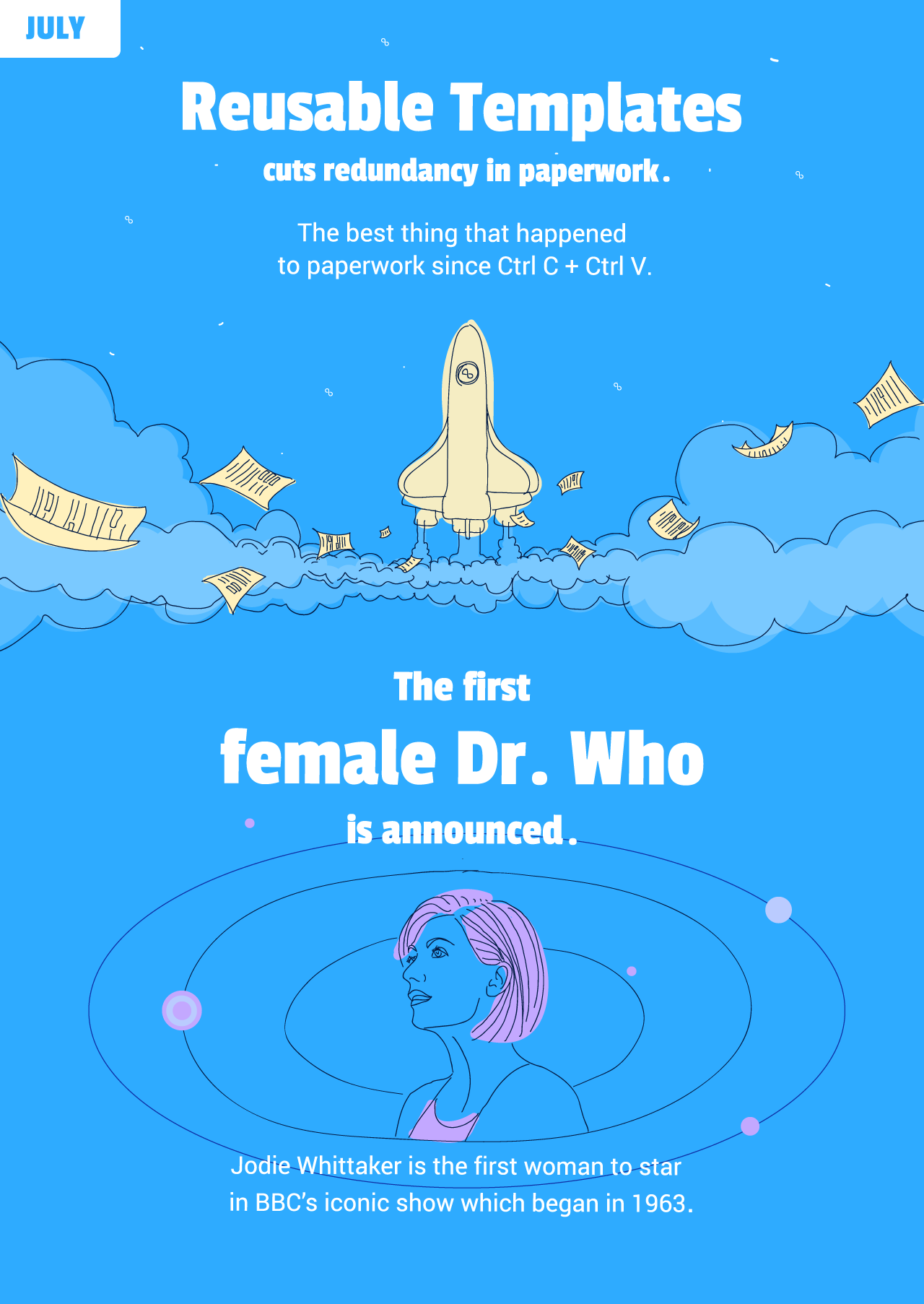 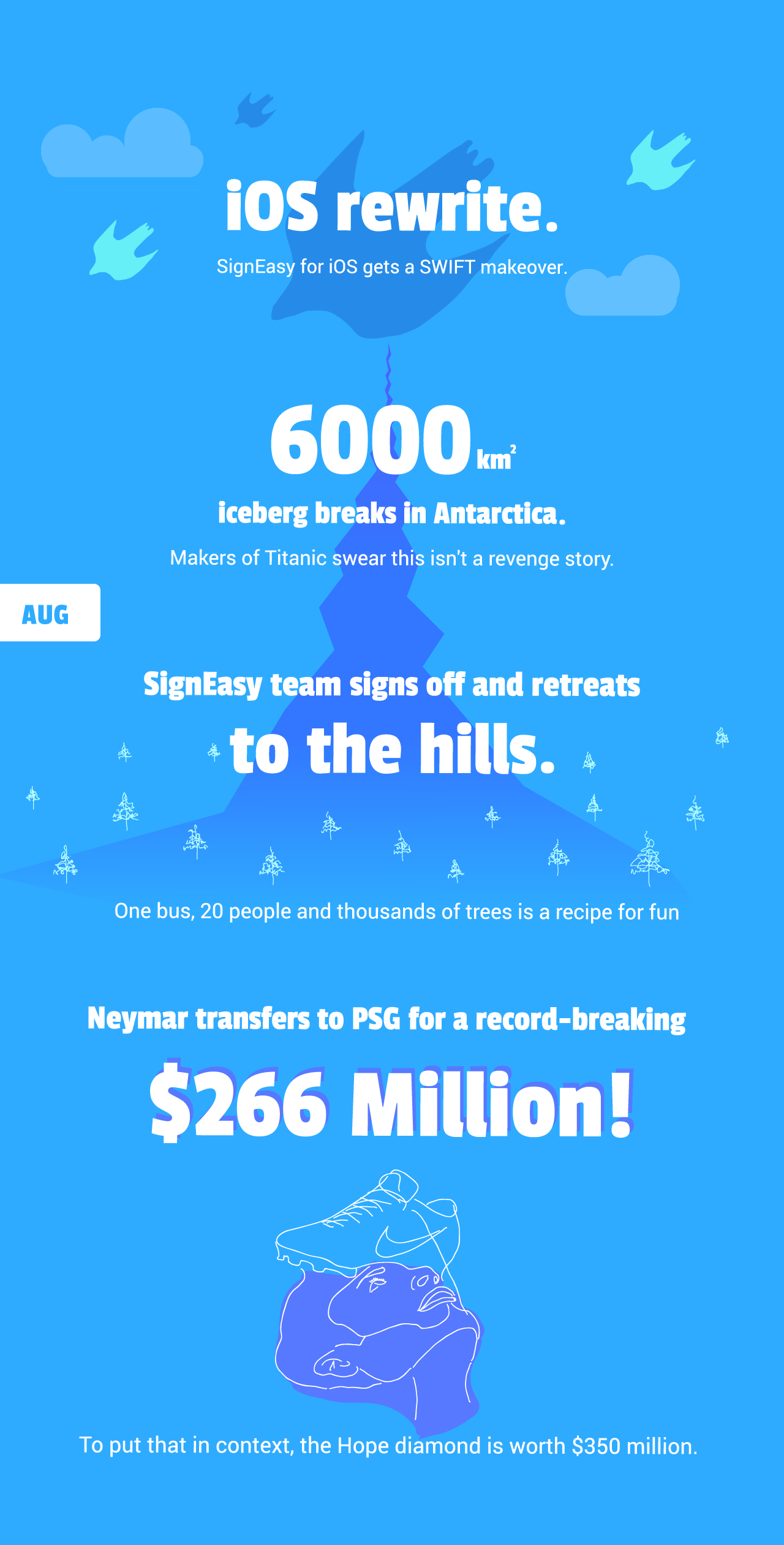 Valentine’s day might be in February, but this year, we are celebrating it in October – the SignEasy app has crossed 5 Million downloads! If that isn’t an “I love you”, we don’t know what is! 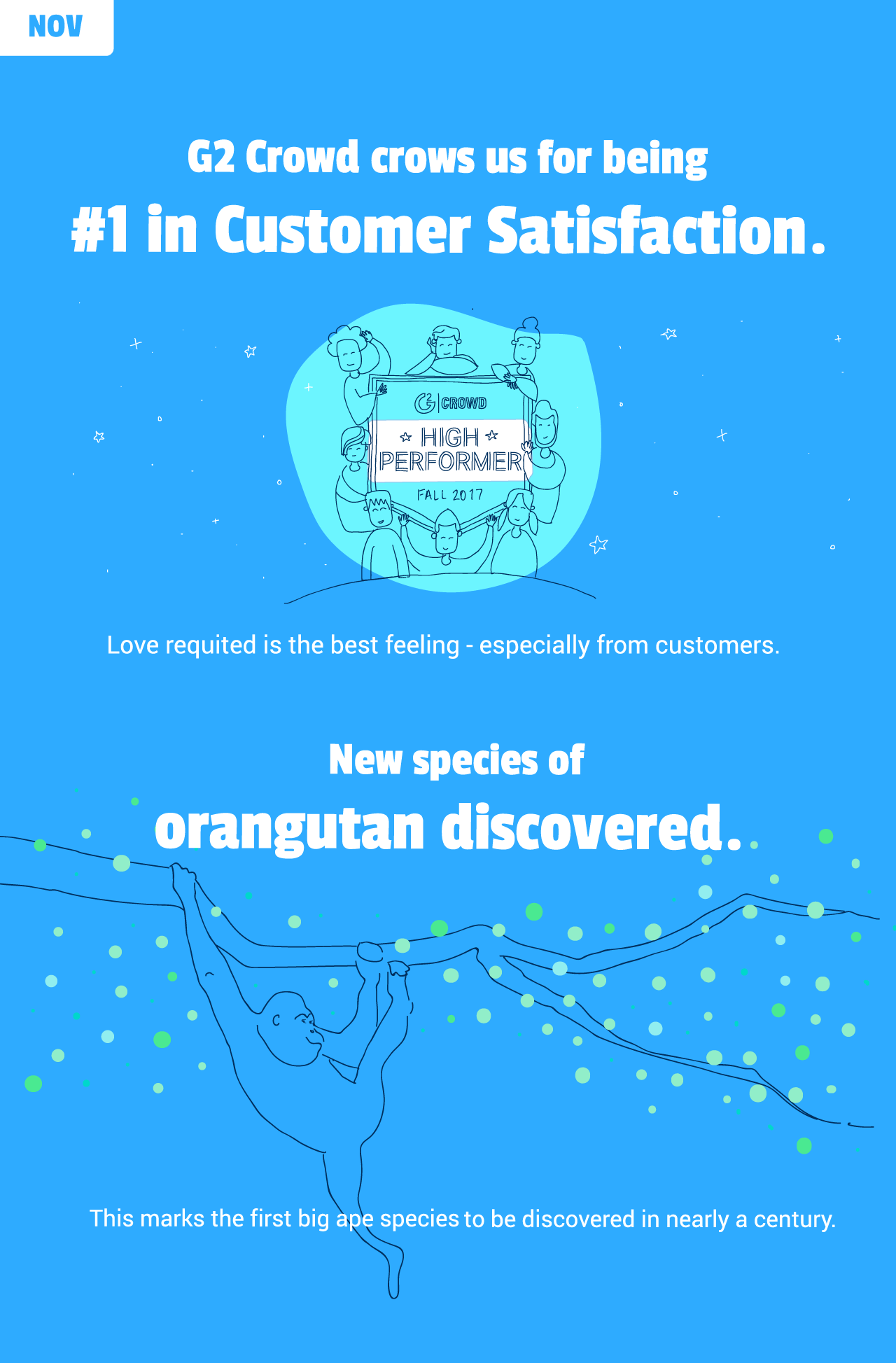 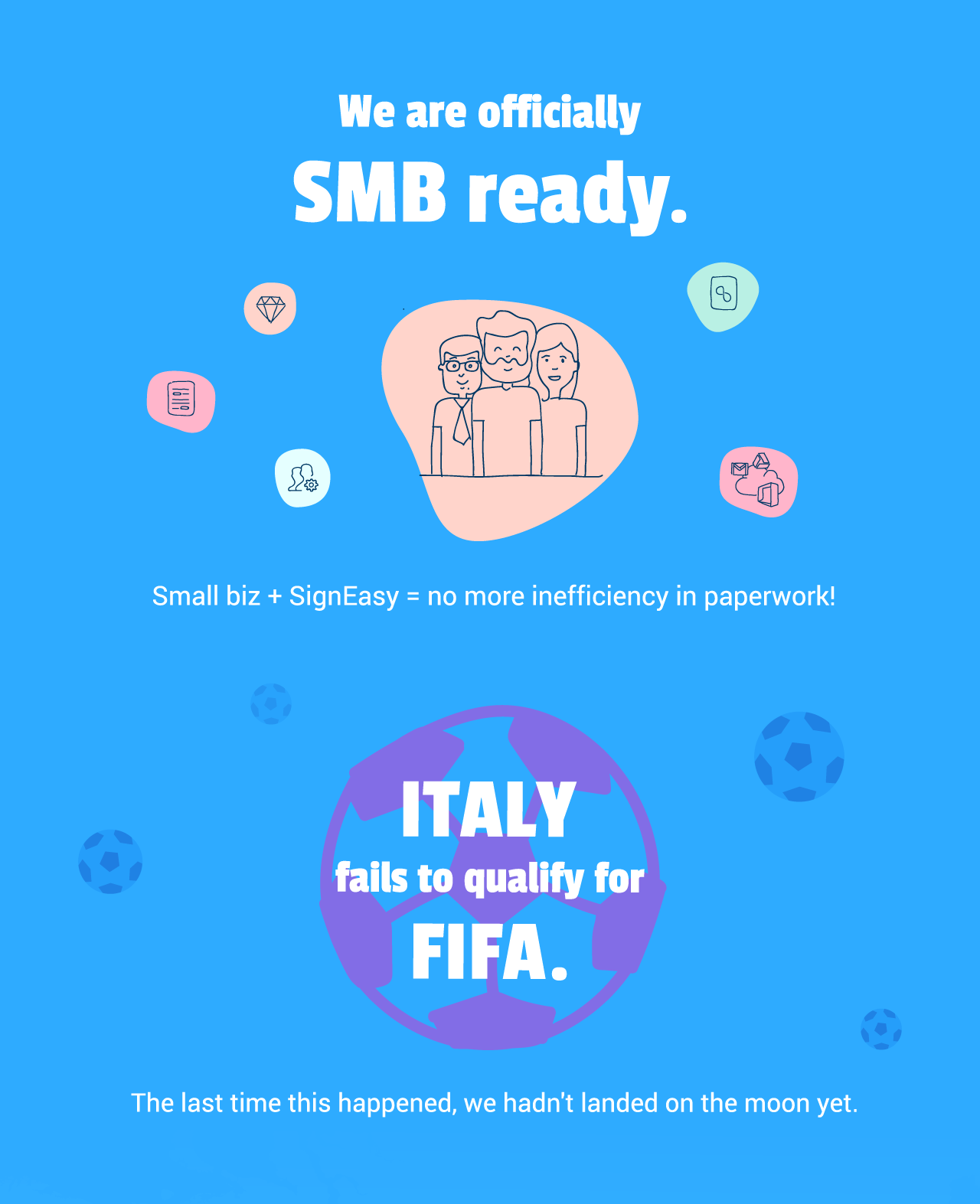 As 2017 came around to a closure, we wanted to save the best for last – we are SMB ready! With the suite of new features we have rolled out over the year, SignEasy is now ready to boost productivity in the SMB segment. 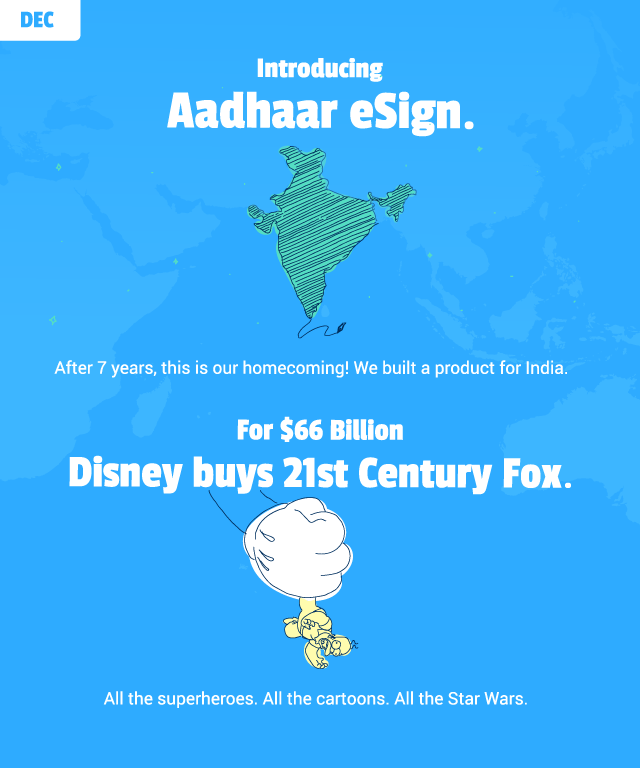 So, in conclusion, we just wanted to say one thing – thank you. From an idea born during a vacation in Mexico all the way to a product used to sign over 10,000,000 documents, SignEasy has come a very long way. Without the hard work from the team here and the unending love from our customers, it wouldn’t have been possible. So thank you, for last year, every year before that and every year after. Have a great 2018!