At SignEasy, we pride ourselves in building world-class mobile products. With a 4.8 rating on the App Store made up of over 42,000 reviews, our users reward this effort everyday. And it’s not just them – we’ve been fortunate to receive immense love from Apple over the years as well. We’ve been included in the iPad commercial in 2015, the Touch ID commercial in 2016, are pre-installed in demo devices in Apple stores across the world, and have been featured on a number of occasions on the App Store over the years. We are truly humbled.

Come September 2017 – the App Store was revamped along with the launch of iOS 11. Apple introduced a completely new style of discovering apps by launching a ‘Today’ tab, that showcases an App of the Day, a Game of the Day, and a collection of curated apps and games in the form of a story. The idea was to make the App Store more engaging and allow users to discover new apps more easily. And so it did! Early reports indicated that an ‘App of the Day’ featuring was boosting downloads by as much as 1747% for apps. We couldn’t wait for SignEasy to be featured, and to see the impact for ourselves.

We didn’t have to wait long! On May 21, we woke up to SignEasy being featured as App of the Day in the United Kingdom. And soon after, on June 18th, we were picked up again, this time all over the world! That’s right, a WORLDWIDE feature, and the numbers were off the charts! The first day of the feature understandably saw the highest impact, and it decreased as we went through the week. The coveted feature, however, gets included in your app’s listing in the country as a permanent link. Here’s a drill down of the impact of the feature across metrics.

The first feature ran in the UK and Ireland. The second, worldwide feature ran in 145 countries across the globe – including Mexico, Canada, all of South America, Africa, Oceania, most of Europe and Asia. 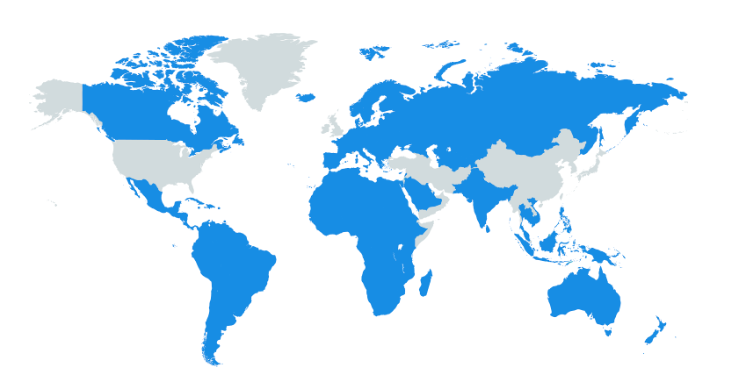 On D1, the downloads multiplied by almost 27 times. The impact decreased as we went through the week, but the daily numbers still remained a lot higher than usual. The net weekly overall increase was a whopping 774% overall.

The feature had an unexpected impact on the app’s rankings. The increased number of downloads saw us climbing the ranks rapidly, and we broke through the top 10 apps in the Business category in almost all the countries of the feature, hitting number 1 in some as well. 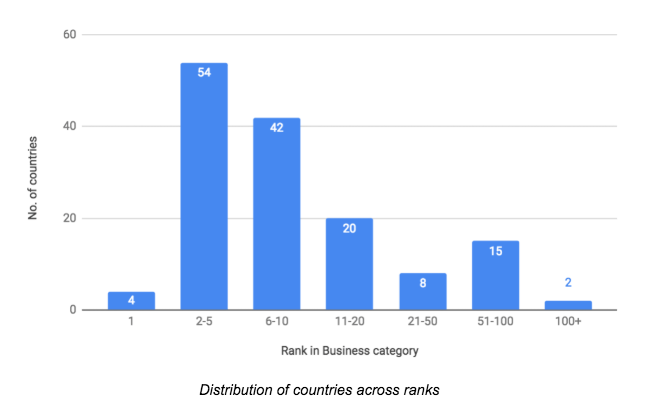 The traction also helped our ranking across categories, allowing us to break into the Top 100 Apps list in almost all geographies!

Overall, the App of the Day feature has been phenomenal for us, bringing in almost a 100,000 additional users over the week of the feature. The after effects of this traction continues to the day, and we’re seeing a continuous boost across our metrics, owing to this fresh user-base.

SignEasy named a leader by G2 once again!
Hello 2021 – We are so happy to see you!
Spread the love
Sign up to receive updates from SignEasy Blog