Here’s what some of the renowned faces of the industry have got to say about Signeasy.
If you also have a story to share, don't hesitate to write to us at [email protected] 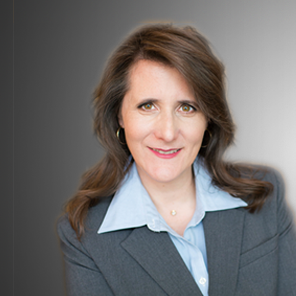 "Signeasy has never once failed me." 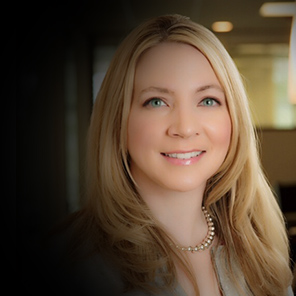 Samantha works as an Operations Manager at Griffis Residential. Her expertise lies in property management & she has been doing this for 15 years. Currently, she oversees 9 multifamily communities in the booming Denver Housing Market. On the personal front, she enjoys running, yoga and mountain biking. She attends school online in the evenings and will be graduating this year. 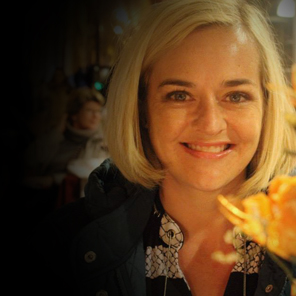 Jessica is a Regional Property Manager for Grand Campus Living(Student Living company) based in Dallas. She holds a BBA in Marketing & has about 15 years experience in this industry. As a member of the GCL family, she strives to provide the highest level of service to the residents, their friends and families. Jessica is married and mother of three wonderful children. 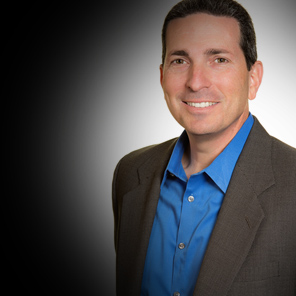 Larry Goodman went to the University of Alabama and has held various roles in the real estate business for over 27 years. He started out as a commercial real estate appraiser and then moved into institutional real estate money management. Currently, he is the COO of a national multifamily property management firm operating out of Texas. He is elated when he gets to spend time with family, travel and create memories 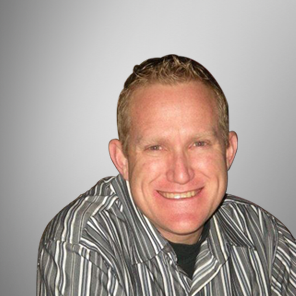 Stewart grew up in California. Following high school, he attended the United States Military Academy at West Point, and was subsequently commissioned as an officer in the United States Army. After serving in the first Persian Gulf War, he went on to become a mathematics teacher, for 5 years. He has been a school administrator since 1998, at all levels from elementary, middle school and high school. Jesse is currently the Director at Glass City Academy, a public non-profit charter drop-out recovery and prevention high school in Toledo, Ohio. The academy addresses the needs of young adults who are at a high risk of not completing high school. 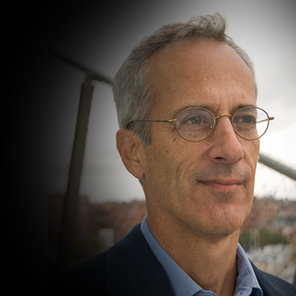 Ty started off as an athlete and retired from this at an early age of 29. After that he headed to Wall Street, where he eventually became a money manager. He started his first company at the age of 45. Since then he has been an entrepreneur or an angel investor. Currently he is the Director of Techstars, Boston. 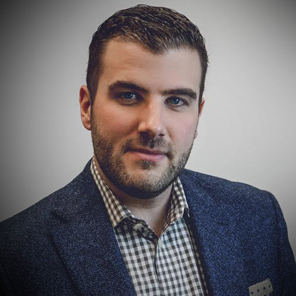 Partner and COO of JMA Group

Matthew is a Partner and COO of JMA Group, a public accounting and financial services firm just outside Toronto, Canada. He also plays a leadership role in several companies that their family holding company invests. 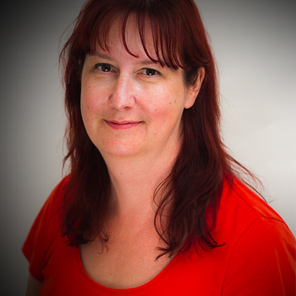 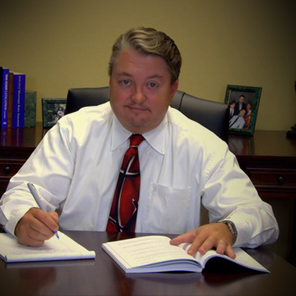 Dustin Thomas is the founder of the Law Offices of Dustin N Thomas, PLLC, Mississippi. As an Attorney, Dustin has been practicing law with another employee and a paralegal who assists him. His expertise lies in the field of divorce and criminal defense, to mention a few. He also serves as the city prosecutor for Pascagoula, providing vital insights into the criminal court process. 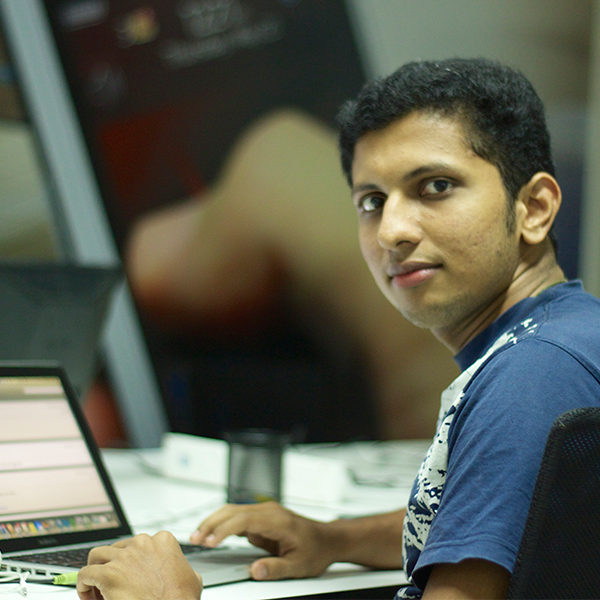 Co-Founder and CEO of Profoundis

Arjun is the Co-Founder and CEO of Profoundis. As he puts it, Profoundis is his way of following his dream, passion and interests. Profoundis works in the interesting domain of Natural Language Processing, Text analytics and more. Their product, vibeapp.co delivers holistic, accurate, and relevant prospect & customer information to improve enterprise sales & marketing productivity. 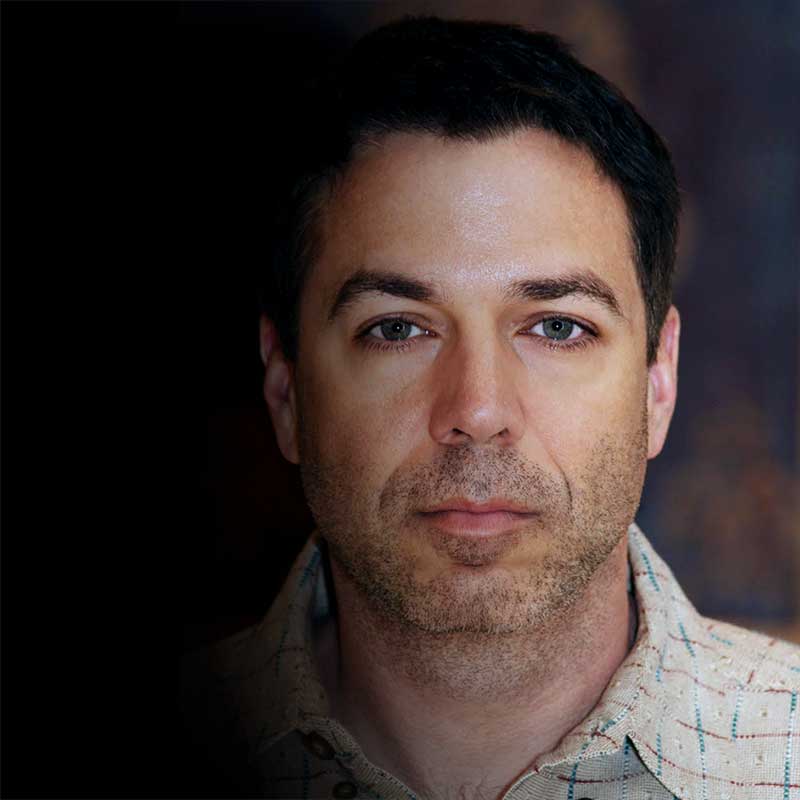 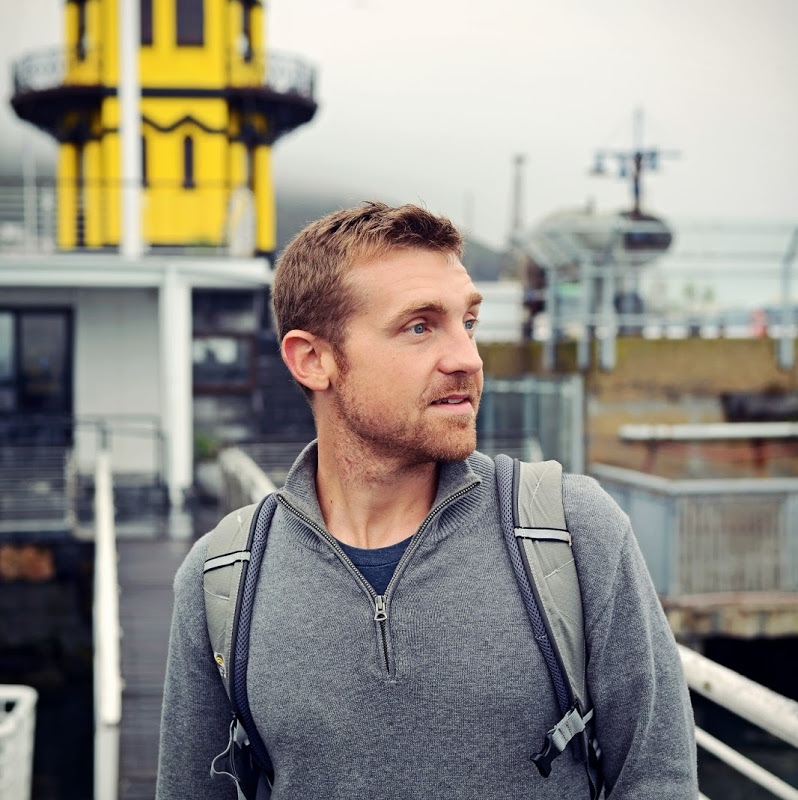 Ex-Editor at Engadget and BGR

Darren holds the Guinness World Record as the planet's most prolific professional blogger. He's a Top 50 member of the Techmeme Bloggerboard, and has covered numerous trade shows around the world. His work has been featured in the likes of Engadget, BGR etc. Darren has also appeared on ABC, PBS, CTV and NBC television and radio programs. 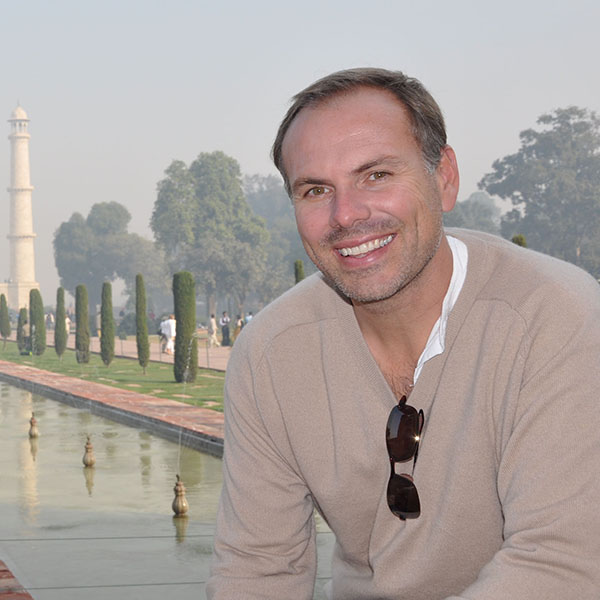 Johnny Jet is a man on the move. He travels 150,000 miles and visits 20 countries each year. Besides, he talks about his twin passions - technology and travel every Saturday on Leo Laporte’s ‘The Tech Guy’ show. His travel information website JohnnyJet.com has been called “one of the top 10 essential travel resources on the internet” by LA Times. 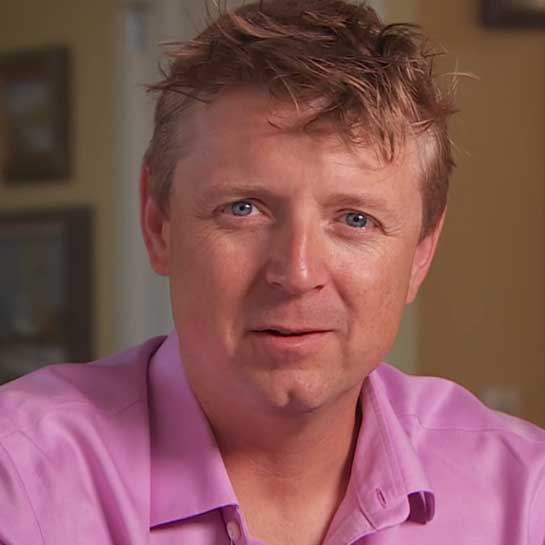 Founder and CEO of Mobovivo

Trevor Doerksen, founder and CEO of the entertainment software company Mobovivo, wears multiple hats. A serial entrepreneur, television producer and filmmaker, this head honcho produced and directed the film Pipe Dreams and the science TV series, SciQ. He was also named as one of the twenty most influential thinkers in the world in social TV and second screen. 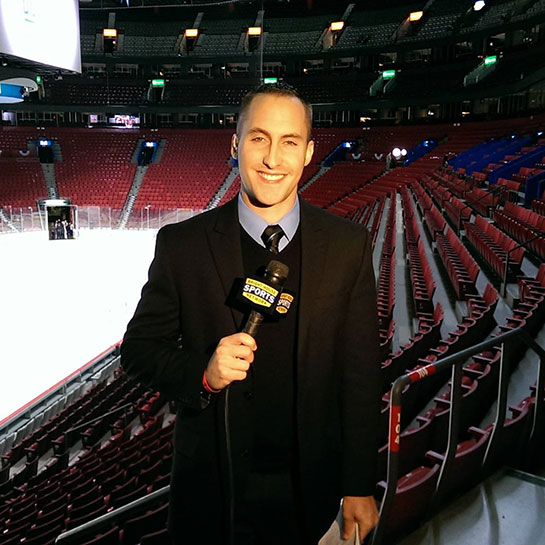 Ryan Bass, Sports Anchor and Reporter at Bright House Sports Network, a 24-hour sports network is always on the move. He anchors in-studio shows, reports live from the field and is the lead play-by-play announcer, calling football, basketball and baseball, among other sports. With extensive experience in the world of television broadcasting, he is thrilled to be living his childhood dream of working in the world of sports. 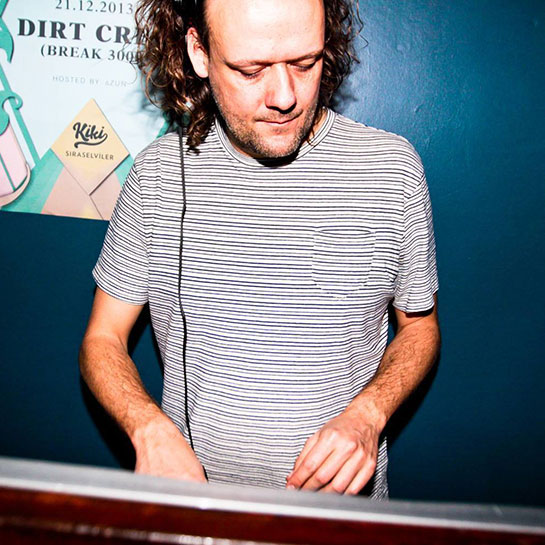 Having started his music career 26 years ago as a bass player, Berlin-based Peter Gijselaers moved on to house and techno production before launching his own music label, Dirt Crew Recordings in 2004. With an impressive discography with numerous artists, his music label Dirt Crew has the impressive reputation of being trendsetters in the world of house and electronic music. 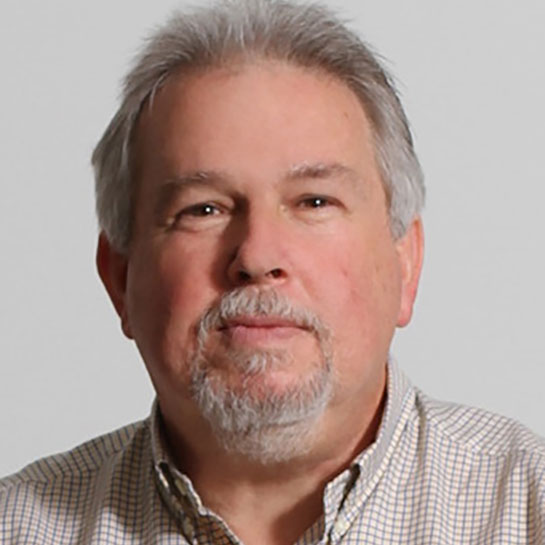 With over 25 years of experience in the fields of software and technology, Mark Skapinker is the Co-Founder and Managing Partner of Brightspark Ventures, a software, internet and mobile venture capital firm based in Canada. 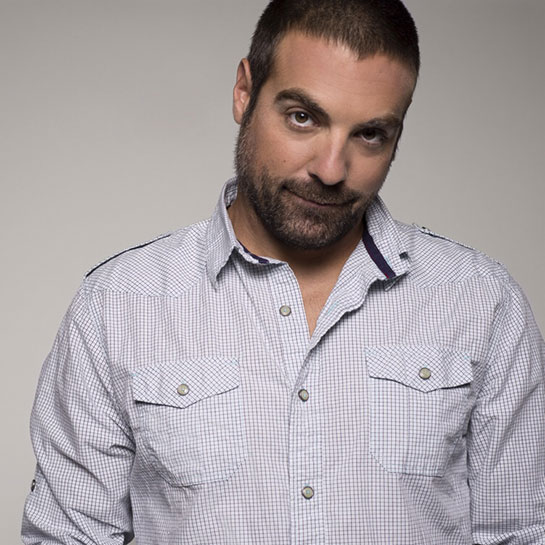 Anthony Carrino is a serial entrepreneur and TV personality. With two restaurants in New Jersey, Carrino Provisions and Talde Jersey City, and a premier urban developer company, Brunelleschi Construction, Anthony also is also the co-host of popular design and renovation shows on HGTV. 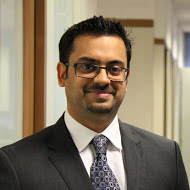 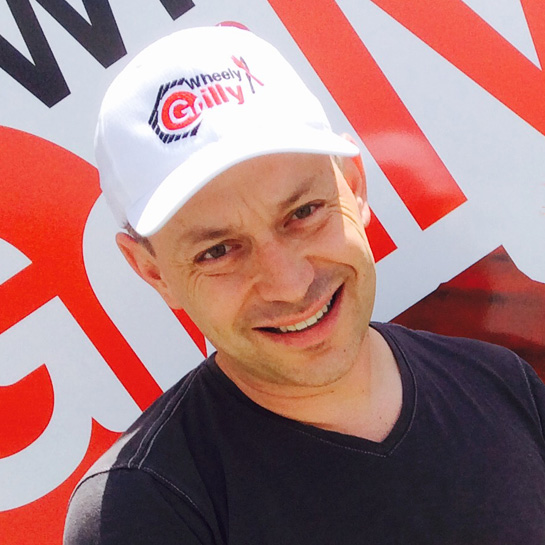 Roman Rytov is the Chief Wheeling Officer at Wheely Grilly, a grill-on-the-wheel food truck out of Atlanta, GA. After working in the IT industry for over 23 years, he left his Solution Director position at SAP to cofound a network of Mediterranean restaurants with his partner.

"Signeasy has never once failed me."

Got it
Available on: 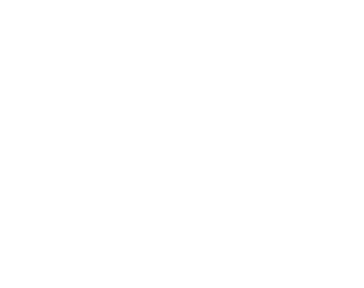